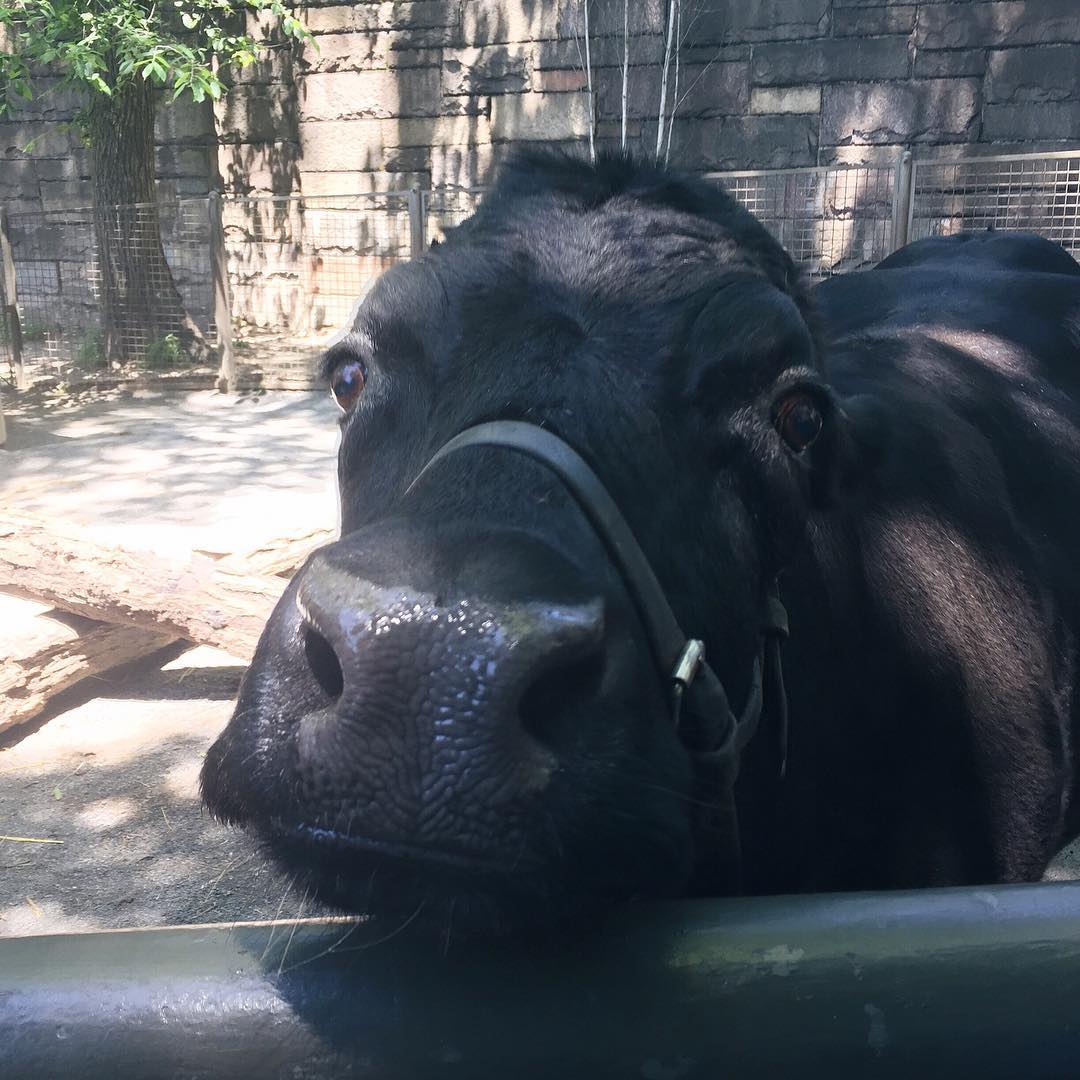 A month ago today, I made a big decision: I decided to become a vegetarian. And yes, this is coming from an Iowa girl who grew up eating meat at almost every meal.

Ever since I was little, I always wanted to be a zookeeper. I actually went to college with some sort of animal-related career in mind (dolphin training was at the top of the list!), but it turns out I’m really bad at math and chemistry. Hence why my right brain won and I ended up moving to New York City for a journalism career. Now I occasionally get to write about cute animals; a total win in my eyes.

But let’s rewind again. Basically every summer growing up was spent with a net in hand catching frogs and turtles at local ponds and quarries, and we had every sort of pet you can imagine, from hamsters and lizards to snakes and fish. Not to mention our cats and dogs. In college, I got a job at PetSmart and basically spent every paycheck on a new pet. Sorry University of Northern Iowa, but my roommate and I had a gerbil, two adorable rats, hermit crabs, AND a guinea pig, all while living in the dorms. I don’t even think they even allowed pet fish. #sorrynotsorry. Now, I have my little baby Trixie, who I got as a puppy in college at a house that also didn’t allow pets. Evidently I really like sneaking around animals.

Even though I grew up in town, I’ve always loved farm animals. Most people don’t stop to think about it, but cows and pigs are just as loving and affectionate as the pets that live in our homes. In some countries they’re treated like family (for instance, the slaughter of cattle is prohibited in India), but we were raised to see many animals as food. To put it into perspective, people in China eat dogs. We obviously see that as absolutely horrendous, but a lot of people think that’s totally normal just because of how they were raised.

When I was in middle school, I think it really hit me where my meat was actually coming from. When you see it on the shelves in stores, it’s made to look appealing — but that appealing look can take more than 600 gallons of water for a single burger patty or chicken breast. We forget that what we’re looking at actually came from a living, breathing animal that wanted nothing but to survive. Not become a burger. I decided to go vegetarian — which is basically unheard of in Iowa — but it didn’t work out. I can’t remember what happened, but I’m guessing it’s not easy to be a 12-year-old vegetarian in the Midwest.

Fast forward to a couple months ago. Becoming a vegetarian was something that had been in the back of my mind, so I started doing some research. I listened to a whole lot of YouTubers talking about their transition and why they decided to convert, listened to some amazing speeches, and watched some Netflix documentaries. Hearing about what really goes on in slaughterhouses — even with “humane” slaughterhouses — was one thing, but after watching actual footage I was crying so hard I couldn’t breathe.

I felt sick, disgusted, and completely lied to by society. I also felt pretty stupid that it took me 26 years to really take the time to think about how my burgers and hot dogs and chicken wings got from the farm to the table. But I’ve realized that’s kind of the point — companies don’t want you to take the time to think about that. In commercials and advertisements, all cows are happy and smiling and nothing bad ever happens for us to be able to bite into a juicy piece of meat. Sadly, in the real world, not long before that bite was a mother cow being separated from her baby or a pig that was confined to a tiny pen and raised to be so fat that it couldn’t even walk at the time it was killed. For what — a few pieces of bacon that’s not even good for us anyway?

I don’t want to be one of those people who preaches — I know no one is going to change their mind about things until they actually want to. It’s easier not to think about it or blissfully ignore what’s going on. But anyone who takes the time to do even five minutes of research or watch a short video will never want to take a bite out of meat ever again. (If you want to, I suggest this one I embedded below. You’ll for sure cry at the 16 min. mark, but don’t skip ahead. It’s worth watching the whole thing.)

It’s not easy going meatless at first. The first couple weeks I couldn’t even figure out what to eat since I’ve never been the biggest fan of vegetables. I was mainly sticking to beans and rice in some sort of Chipotle look-alike burrito bowl. Then, I slowly started getting into the groove.

After some bloating while my body got used to such a drastic change in diet and I was mentally able to figure out new ways of eating and thinking about food, it’s safe to say I’m the happiest and most at peace I’ve ever been. It’s like a switch went off. I no longer have to think or worry about food — I can truly enjoy it. I can eat all the carbs in the world and not feel guilty. And I’ve found a few delicious veggie burgers that taste just as good as the real thing.

Without all the extra hormones and who knows what else from meat in my body, I’ve noticed so many changes. I no longer get massive stomach aches and acid reflux, my anxiety has chilled out, and I feel like I’ve gotten more toned without even trying. (I’ve only worked out maybe three times the entire past month.) And yes, that’s while eating waffles, rice, pasta, pizza… all the good stuff. I’m always full and feeling good, and I eat all the fruit and vegetables I want. After a month, I’ve seen nothing but good things.

I’m doing my small part in ending animal torture and helping our environment, and I can honestly say I feel the best I’ve ever felt in my entire life. I was a little worried what would happen, but everyone I’ve told — which has been very few people up until this point — have been more than supportive. And my boyfriend has been amazing. (I’ve even gotten him to fall in love with some vegetarian dishes! Something I think he’s still surprised about.)

As a newbie, I’m still looking for tips, meal ideas — basically anything you can toss my way. And if you’re interested in making the switch, let me know — I’m more than happy to help in the process. 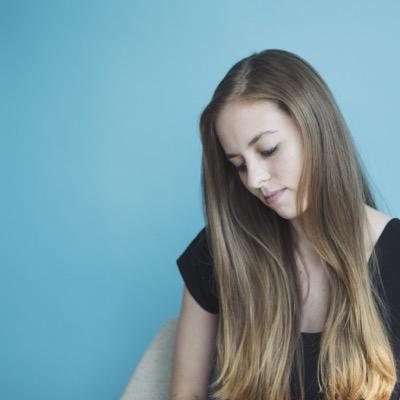 Hi there! Thanks for stopping by.